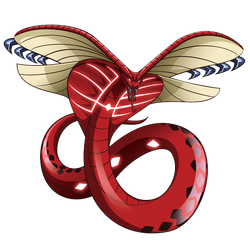 PSA: Changes to the management of this site

So, due to some issues that have come up, I have decided to promote the new most active users to admins. However, I am also promoting the old admin, Nexus, to cratship.

Now, you two, I'm expecting you…

Sorry for the lack of news on my end, Monsuno Fans. Been... neglecting a number of things, so I haven't been able to really do much of anything. I'll try and keep you guys up to date.

Well, yeah. Due to updates to COPPA, this Wiki no longer allows IPs to edit. So yeah. Not much else to talk about.

So enjoy this picture of a duck.

Another Gold Lock (from Japan)

At first glance, I thought this was fake, but it's on Amazon by Bandai so...

That means the third Gold Lock. I think I shall call this one Lock (gold version) this time around. :3

It also means that Ja…